On the world stage with the UK champ Matteo D'Ottavio 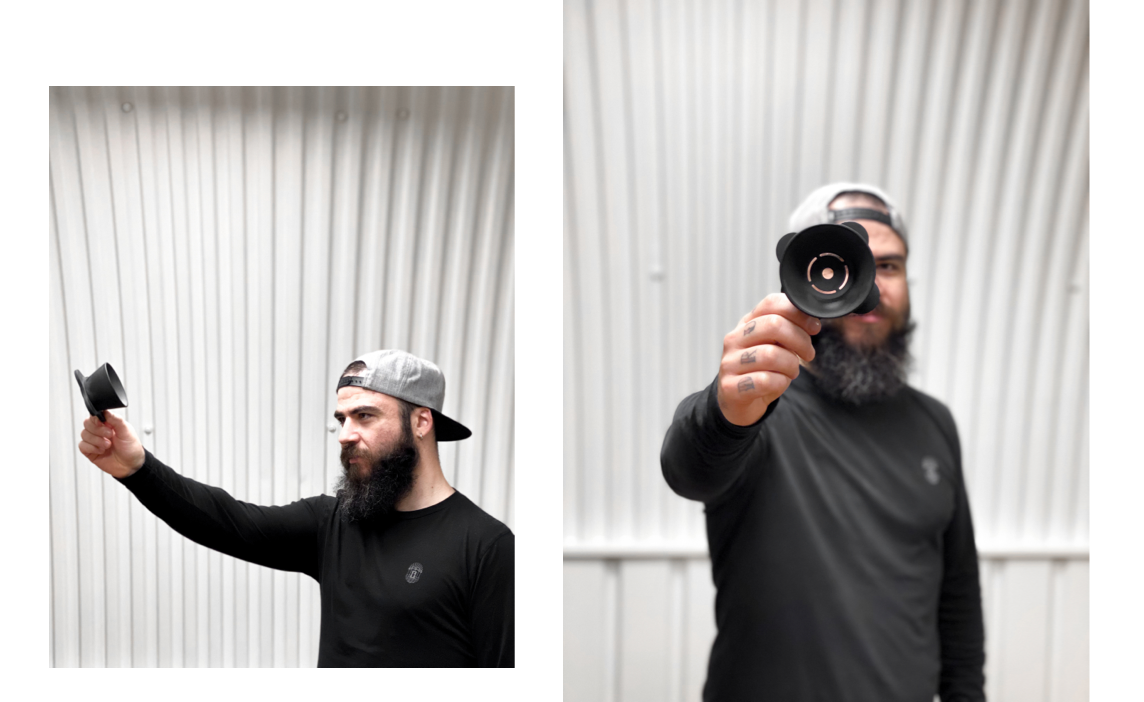 About 10 months ago, I reached out to Matteo - the UK Brewers Cup champion - to ask if he'd like to give me some feedback on a new brewer, without having a lot of expectations. I was just curious what a very competent professional in the world of coffee brewing might think of this little aluminium dripper. I was fully expecting to hear that it's no good and that I should change everything. Something like "it's nice... but if you changed the ring to 3 holes, add some filter supporters, a handle, and call it Kalita, it would be better".

I remember cycling up to Watchouse in Bermondsey and giving Matteo two versions of the Orea - the V1 and V2. At the time I only had two units of the V2, one in black and one in silver. Matteo was the first to try the V2 and I was really anxious to hear what he thought - and how he felt it compared to other drippers he'd used in the past. I didn't hear anything back for a couple of weeks and I was sure he didn't really enjoy it. At that time, I definitely could have never imagined that Matteo would be competing in the World Brewers Cup with this device.

It turns out that Matteo was just busy and I was really surprised to get so much positive feedback from him. He loved the fast flow, the heat retention, and even published a unique recipe and a YouTube video about it. Getting Matteo's positive feedback was definitely a big moment for me and my confidence in Orea. But still, at the time, I could not have imagined that this little dripper would be on the world's stage a few months later.

Fast-forward this past summer. While visiting Matteo, we started chatting about the upcoming World Brewers Cup and he let me know that he would be keen to compete with the Orea. I was super excited. This was a great opportunity to have some fun and also to do everything possible to help Matteo bring the title to the UK. We decided to try and make a special version of Orea for the competition itself, to give Matteo the best chance possible.

In competition settings like the Brewers Cup, competitors have to start with cold brewers. There's no opportunity to pre-heat the device. This makes the aluminium version less than ideal because you might be limiting your potential to extract during the bloom phase by starting with a cold metal brewer. Matteo also wanted to match his presentation and style with a matte black brewer that looked very stealth and incognito.

I set out to find the perfect materials and a process for a short run. We chose the thermoplastic that had the lowest heat conductivity. This would help Matteo when he starts with a "cold" dripper, because the heat would stay in the coffee bed, instead of being sucked into the dripper walls. This is particularly a challenge with ceramic, metal (even double-walled ones), and glass drippers.

This particular device is hyper-optimised to compete in the competition scenario with competition constraints. It's also a preview of what is to come in the near future from Orea, but this set of 10 drippers is uniquely optimised for competitions. It was quite a journey to make these happen and get them to Matteo with enough time to practice, but I'm really proud of what we made in the end.

This weekend, we are on stage with Matteo in Milan, at the World Brewers Cup and no matter what the outcome is, this was an incredible opportunity to be part of his journey, to see his dedication, to learn through his experimentation, and to prototype a different vision of this dripper.

Thank you for your trust Matteo and I hope this competition goes exactly like you want it to, you're an inspiration!

Watch Matteo D'Ottavio brew in the first round of the World Brewers Cup in Milan, using a special Orea brewer in the process.

On the world stage with the UK champ Matteo D'Ottavio

It's been a thrill to be part of Matteo's run to the World Brewers Cup in Milan. We made a special competition version of Orea to give him the best chance of winning.

I recently made some important changes in my kit and my approach to measuring coffee extraction in an effort to publish more accurate data. This post explains my approach and what changes I made.